So, about a month ago I got an email from Pottery Barn Kids. Usually I delete them, but I think the subject was Star Wars, or at least something catchy which prompted me to open the email. Lucky I did, because it told me that some of my favorite Star Wars characters were coming to a mall near me and I should get myself a ticket so as not to miss out. So I did. The next day I dragged the whole family to Christiana Mall (on a weekend, no less) to get tickets to see my favorite Star Wars characters. Actually, I could have cared less, but Keith absolutely loves Star Wars and hey, it was free. So today was THE DAY. Keith, Caroline and I packed ourselves into the van and headed back to Christiana Mall. On a weekend, again. (Side note - I worked at malls for 7 years at Victoria's Secret, so it takes A LOT to get me to go back into one. Especially Christiana, also known as an absolute madhouse.) The Star Wars characters were going to be at Pottery Barn Kids (did you see the Star Wars room they have?) from 12pm until 2pm. We arrived at 10:30am, and there were already 6 families in line. I dragged Keith to the bookstore to finally buy Twilight because there was no way I was waiting in line without something to do, and by 11am we were back and in line. I think we were family #11. So we waited. I read. Keith waited. 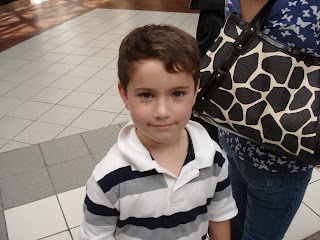 About 11:15 the PBK manager brought out the Imperial Cadet Training Manual for the kids (I'd tell you what was in it, but then I'd have to shoot... er, lightsaber you): 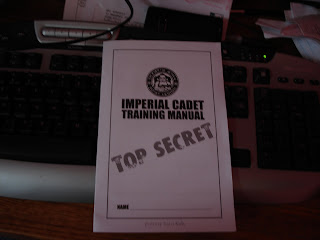 and told us parents that the characters would be signing autographs and PBK 'just happened' to be selling Star Wars books. So, being such an awesome mom, I had some other mom who gave up her Saturday to stand in line with her child keep an eye on Keith and I ran in and got him a Star Wars book for the characters to sign. Fortunately looking through said book kept Keith occupied for a while. 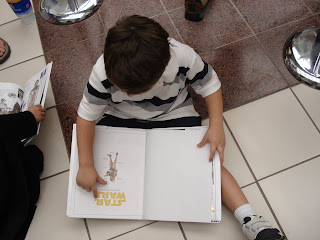 I was only asked ten times "how much longer?". Not too bad, considering we were waiting for Star Wars. Keith made friends with the little boy in line behind us. 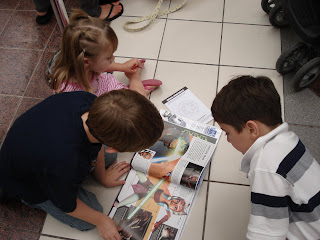 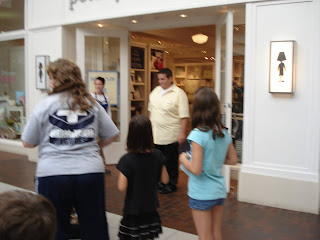 I thought Keith was going to die. I managed to point out that there were only ten families ahead of us and approximately three hundred (yeah, I'm NOT kidding) behind us, and he kept it together. Finally it was our turn. We were let into the store, and there they were. Darth Vader and his three Stormtrooper sidekicks. Also known as Keith's very favorite characters ever, thank the Lord. He got their autographs and then got his picture taken with them. 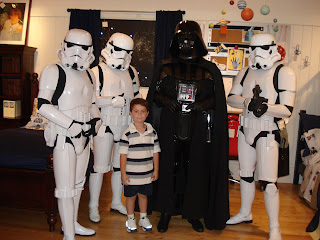 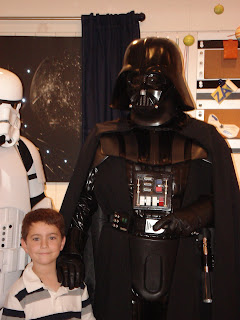 He was thrilled, and made me promise to get the pictures framed to put in his room. At 12:15, we were done. On our way out we passed the three hundred other families waiting for their five minutes with Darth Vader, and Keith said "Man, mom, they're going to be waiting until midnight!" And you know what, I think he's right.
Posted by Amy Mae at 1:26 PM

aww thats awesome!! Its a memory he will never forget, and I heard Twilight was awesome. I am hoping to get it for my bday in 2 weeks but who knows lol!!

I loved catching up on your posts and pictures.