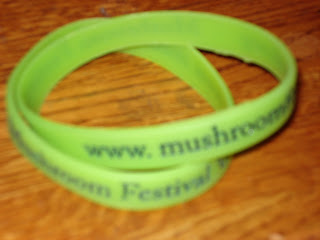 This weekend was the ever famous 23rd Annual Mushroom Festival in Kennett Square, PA (also known as the Mushroom Capital of the World - we have a water tower, you know). This weekend is also the first anniversary of the washing machine saga, but that's another story. On that note, however, I find it humorous that we don't even OWN that washing machine anymore. After all that work... Anyways. Back to the shrooms. Yesterday there was no way in hell you would have found me at the Mushroom Festival, because Tropical Storm Hanna was visiting the area. Tropical Storm Hanna plus the Mushroom Festival equals Amy staying home on the computer. Fortunately, today was beautiful! So we piled the family into the van and went out to Kennett to spend the morning celebrating mushrooms. We saw the parade and walked around a bit - saw, you know, mushrooms. I didn't manage to take too many pictures, but got some during the parade. Keith got to ride on one of the floats with Grandpa playing the trumpet - he was thrilled! Who knows, maybe he'll join the band in a few years! Of course, we had to get home by 1pm to see the Eagles play, so it was a short visit to the Festival this year. Here's hoping for nice weather next year! 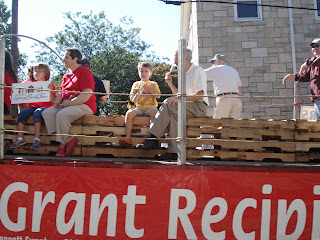 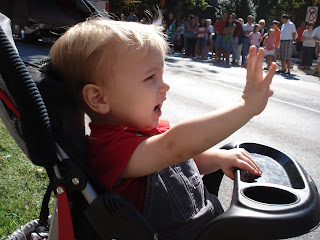 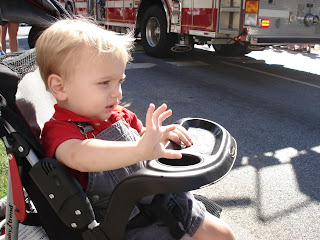 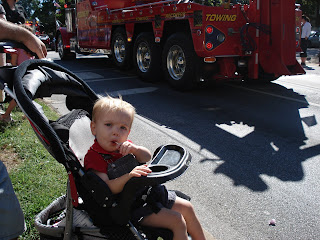 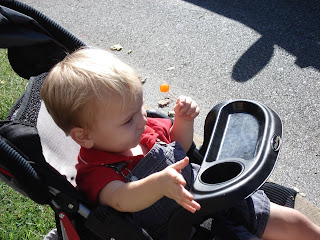 I am so glad you had such a fun weekend. Family events like that are what memories are made of. :-)

Sorry we missed you - we had to go later in the afternoon - which worked out well cause they didn't charge us to go in! Woo-hoo!