My baby boy is 6 today! He'd kill me if he heard me referring to him as my baby, since he is in KINDERGARTEN, but he'll always be my baby! So far he's had a good day - he was up at 6am (what is it with Christmas and birthdays? Is there an alarm clock set somewhere that I don't know about??) asking me what time he would *really* be 6 (8:17pm EST). I couldn't hold him off of opening his presents until 8:17 though. He got a light saber (a regular sized one that he can swing around at his brother's head), Star Wars legos, Star Wars figures, Star Wars trading cards, and Star Wars underwear. Seeing a pattern here? Oh, and Bakugan. I don't know what Bakugan is, either. But he wanted it. They appear to be little balls that pop open like Pokemon, but other than that, I don't know. So he's had a pretty exciting day so far, and it's only 8:42 in the morning. I wasn't even at the hospital yet at this time six years ago (yes, I had Keith in a hospital). I *think* I was having a breakdown in my bed about how I was going to be pregnant forever, or at least until hell froze over. Little did I know! 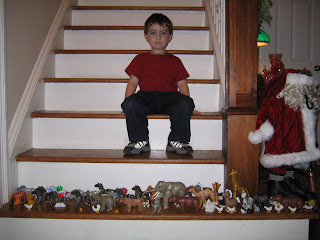 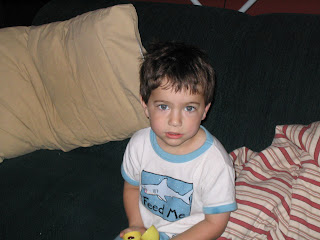 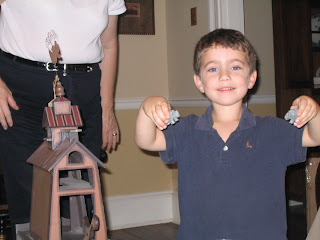 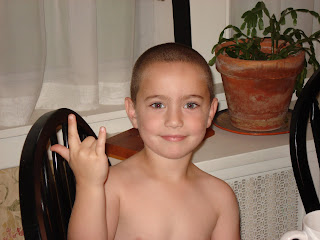 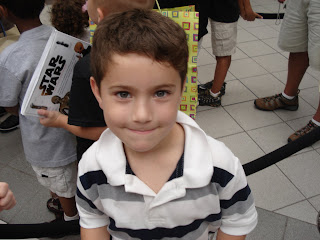