Yay for a day of hyped up kids on sugar!!! WHOO HOO!!!! Anyways, yesterday, as you well know, was Halloween. Keith had a parade at school, so he was REALLY excited. He not only was going to get to go trick or treating, but he was going to be in a parade AND have a Halloween party at school! Oh how fun! Granted, they only had healthy snacks at said Halloween party, which is, I don't know, sacrilegious, but at least he wasn't eating candy ALL day - just half the day. Thank goodness. So Henry and Caroline and I went to Keith's school (with the rest of Chadds Ford - apparently this is quite the event!) to watch the parade. It was pretty cute! 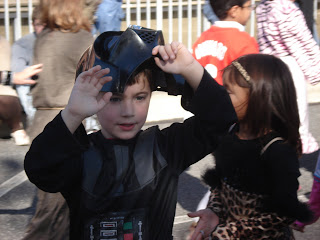 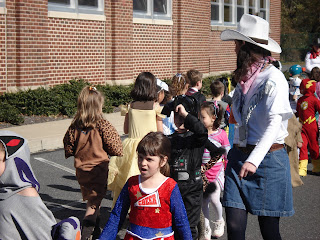 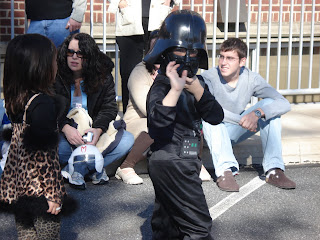 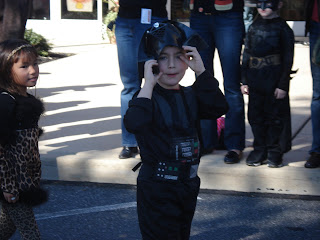 Then, once school was over, we got the little guys dressed up (Keith was still Darth Vader), and headed to Kennett to go trick or treat in our old neighbourhood. We saw Uncle Adam, and Henry was so cute - he kept saying to Tera (Adam's dog) "Dog. I'm Elmo!" I guess he CAN talk! Caroline pretty much slept through the festivities, but she was oohed and aahed over by all of our old neighbours who hadn't met her yet. The boys had a great time and came back with full buckets of candy. Hopefully it lasts longer than this weekend! 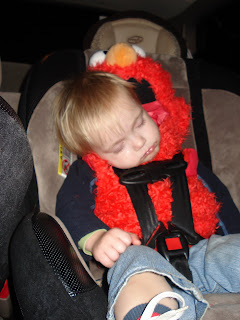 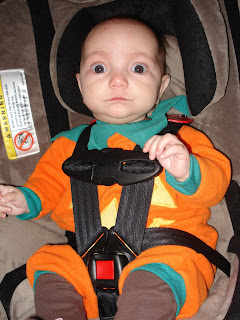 I actually laughed right out LOUD at that awesome picture of Caroline the Pumpkin. oh, my heart. :D