It is officially summer!

Because there is corn. And fireflies. But this post is about the corn. Last night we had the first corn on the cob of the season. Of course, there were a few glitches in the preparation of the corn, but once it was cooked, it was good. 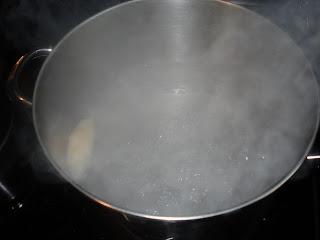 See that thing floating in the pot of corn water? The thing on the left? I had the water boiling and was just about to stick the corn in when I looked (thank goodness) and said "what the hell is that?" Henry piped up "A cracker." Oh, of course. Crackers. In the corn water. Who WOULDN'T put crackers in the corn water? Anyways, I wouldn't, so I dumped it and started all over. Fortunately there were no crackers in the second batch of corn water. So we cooked the corn, and some steaks and some rice. The kids really enjoyed the corn and the rice - steaks, not so much. Oh well, more for me and Ed! 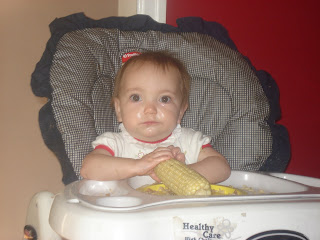 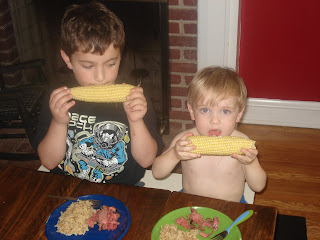