Keith made breakfast this morning!

See what I woke up to? 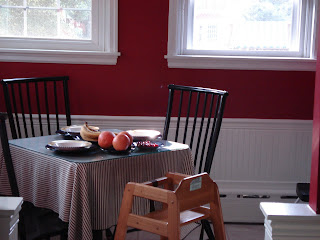 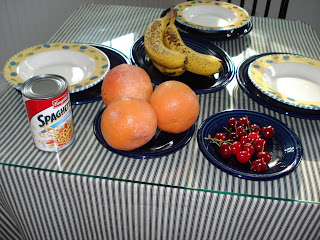 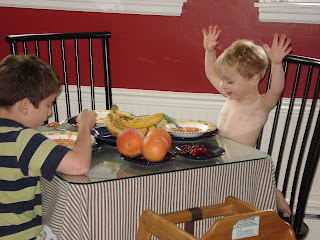 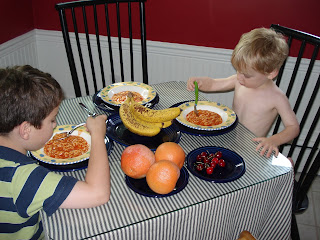 Keith made breakfast for me and Henry! He set the table, put out bananas, cherries, grapefruit, and spaghettios. Yes, spaghettios. He said we had to have soup, but I only had cream of mushroom in the house and I'm not a fan of cream of mushroom, especially at 7 in the morning. So he settled for Spaghettios. He opened the can and heated them up on the stove (with a little help from his mother!). Henry was THRILLED. Henry thinks spaghettios are God's gift to Henry, so he was on cloud nine. Unfortunately for me, they needed more so I had to give up my bowl so Keith and Henry could have seconds. Bummer. But, my coffee and grapefruit were good! And it's the thought that counts!!
Posted by Amy Mae at 10:06 PM